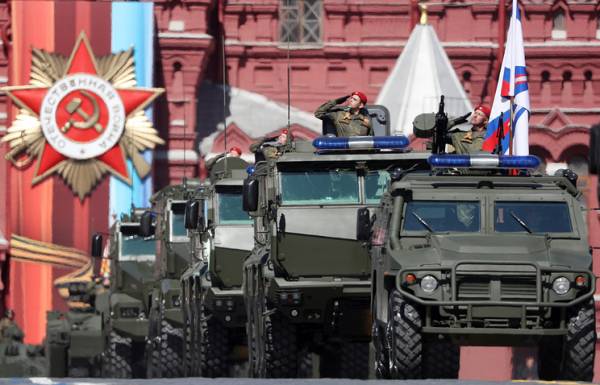 MOSCOW, April 6. /TASS/. More than 12 thousand people and more than 120 pieces of equipment, including the latest models of weapons, will be held may 9 on red square on parade in honor of the 73-th anniversary of Victory. This was reported by the “red Star” commander of the Land forces of Russia Oleg Salyukov.