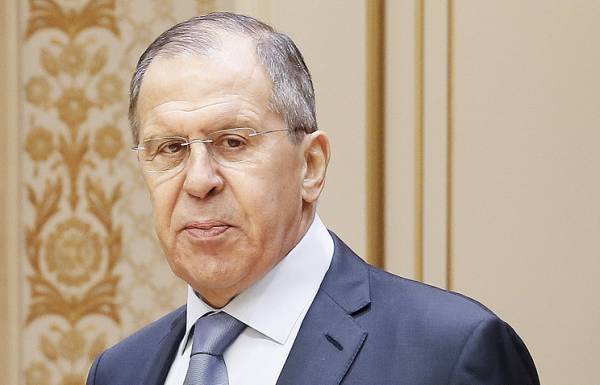 MINSK, 6 April. /TASS/. The Russian foreign Minister Sergey Lavrov on Friday in Minsk participated in a meeting of the Council of foreign Ministers (CFM) of the CIS. Although the main topics of the meeting were the plans for the further development of cooperation in the Commonwealth, and during the meeting and in the comments of the participants after its completion, again sounded the theme of the investigation into the poisoning of ex-GRU Colonel Sergei Skripal and his daughter. Another feature of the meeting was the fact that Ukraine was not represented at the meeting, at any level. After the events of the CIS foreign Ministers Council ended and the participants left the meeting place, it became known about new U.S. sanctions against Russian businessmen, officials and companies (the U.S. Treasury added to its sanctions lists 38 individuals and legal entities).

Lavrov positively assessed the results of the meeting with the colleagues in the CIS, highlighting the finalization of the document on combating terrorism, which will be submitted for approval to the heads of state of the Commonwealth. “Prepared a number of documents on the development of economic cooperation, to combat crime, to combat money laundering and the financing of terrorism, – said the head of the Russian depodesta. – Coordinated the further steps in the sphere of foreign policy coordination”.