It is also proposed to give gold medalists advantage in admission to the University with an equal number of points exam. 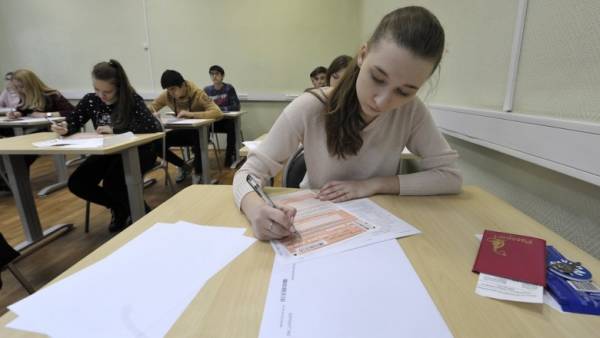 Moscow. 5 APR. INTERFAX.RU — Minister of education and science of the Russian Federation Olga Vasilyeva said that from next year it is planned to systematize the results of school medals for academic success, to return the reward sense.

Over the past decade, there was a terrible devaluation of the concept of “gold medal” and now, perhaps as never before it is time to go back to it. Now the main goal is the need to cancel the deletion of this devaluation, the return of this remarkable phenomenon in our lives.Olga Vasilevicha Ministry Of Education And Science

Analysis of the existing situation led to the development of new norms, in which one of the conditions for receiving the medal would make the recruitment a graduate of a certain minimum score of the exam. Earlier on Thursday said the Rosobrnadzor.

As explained Vasiliev, a medal in the new scheme a big advantage when applying will not, however, in the case that one location will qualify for the medal and namedlist with the same number of exam scores, the medal will go forward, said the Minister.

However, changes that affect “the minimum threshold exam” for medals, will come into force next year, Vasilyev said: “this year the Graduates not to worry”.

Now the school medals are issued for academic success, but the result of the exam on the decision on issuance of the coin is not affected. That objectivity medals raises questions, said the rector of Moscow state University. M. V. Lomonosova Victor Sadovnichy, it is also pointed out by the public Council under the Service.

The medals were the reason for the scandal with the involvement of law enforcement. So, in June of last year, the investigatory Committee of Russia began checking information about the illegal issuance of medals in one of the schools of Adygea daughter of the official of the regional office of education. Graduate reportedly scored 33 marks in maths and 69 points on the Russian language.