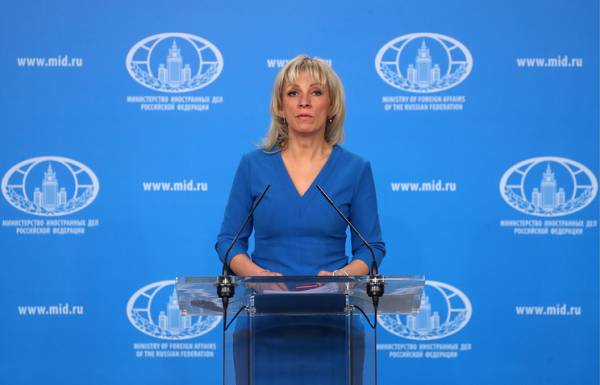 MOSCOW, April 4. /TASS/. The British authorities in a situation with accusations against Russia in connection with the case of the poisoning of ex-GRU Colonel Sergei Skripal and his daughter Yulia acting like a gambler. This was stated on Wednesday by the official representative of Russian foreign Ministry Maria Zakharova. Earlier in mass media appeared information that the British foreign office acknowledged deleting from your page in Twitter posts with the assertion that the substance that had poisoned Skrypali, was produced in Russia.