Ukraine will detain all vessels that entered or left from the ports of the Crimea without permission of Kiev. This was stated by the speaker of the Ukrainian state border service Oleg Slobodyan. 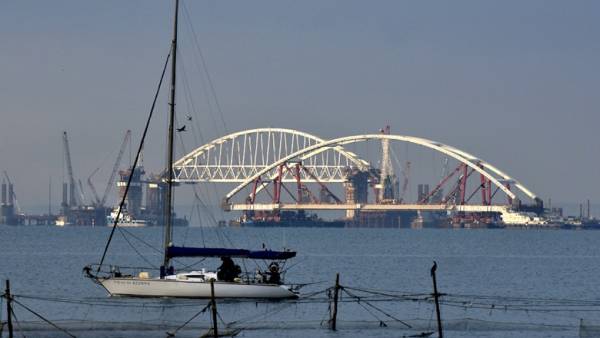 “Ukraine’s position is clear: the Crimea is illegally occupied part of Ukraine, therefore, violations of the procedure of entry and exit from the occupied territory law enforcement agencies to react immediately”, — quotes its “Explorer.”

At the same time, commenting on possible Russia’s response to such actions, Slobodyan said that “Ukraine takes measures to protect his interests,” and its ability “adequate to the existing threats.”

“I know that in the framework of cooperation in the sector of security and defense measures for the protection of the interests of Ukraine are fulfilled. As for what can do Russia can do a lot of things, but if you do, we will see. Let’s not jump to conclusions and negative forecasts,” he added.