BANGKOK, 4 April — RIA Novosti. Police in the Thai resort of Pattaya have taken a statement from the victims, the accused, Vashukevich Anastasia (Nastya Fish), Alexander Kirillov (Alex Leslie) and eight people arrested in February for carrying out illegal “sex-training”, in rape and prostitution, told RIA Novosti source in the city of the criminal police division of Pattaya. 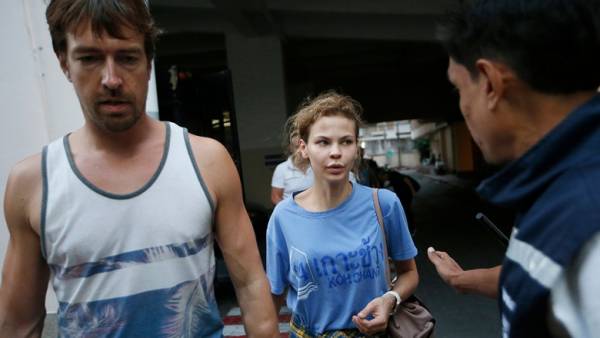 “I didn’t see who submitted the application, but such a statement is. It was filed on Sunday. One of the members of the group arrested, who were supposed on Thursday to be deported, now handed over to the immigration police, the criminal intelligence unit,… and his deportation postponed indefinitely,” — said the Agency interlocutor.

“As I understand it, the main charges in the statement made against one of those arrested for “sex-training”, and the others are charged as accomplices,” added he.

The immigration authorities met on Thursday to deport the citizen of Belarus Igor Kucheryavenko, a week ago sentenced to three months probation and fined $ 100 for exercising in Thailand illegal business and employment.

Kucheryavenko, one of the eight people arrested along with Fish and Leslie. However, he and two other defendants, Russian citizens are unable to pay a Deposit for temporary release pending trial, so they were kept in prison, Pattaya, up until last Friday, when the court sentenced them to probation, fines and deportation. Two Russians were deported to Russia on Monday. Kucheryavenko was about to be deported on Thursday.