The head of “Intercommerce” not in vain promised to return

After his arrest in the Czech Republic it forward with a criminal case in Russia. 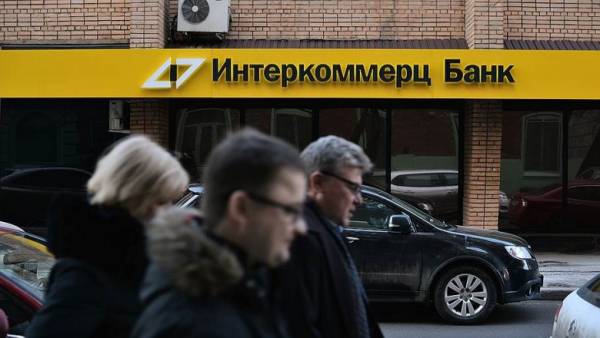 Russian Prosecutor General’s office will soon be sent to the Czech Republic official documents for the extradition of the former Chairman of the failed Bank “Interkommerts” of A. M. bugaevsky. He was declared internationally wanted by Interpol a year ago on charges of multi-billion dollar embezzlement of the Bank’s assets before the revocation of his license.

The banker from abroad demanded to cancel his correspondence arrest, insisting on his innocence, and promised to return. Former subordinates of Mr. Buhaevsky accused the other of fraud, escaped from home arrest in Moscow on the eve of sentencing.

According to preliminary data, 50-year-old Alexander Bugaevskiy was detained in the Czech Republic by local police as it had flagged a “red corner” Interpol warrant, implying an immediate arrest for a decision on possible extradition to the country—initiator of the search. Interestingly, a fugitive banker allegedly caught accidentally during normal inspection of documents, during which there were suspicions in their authenticity, and then was found on his person. About the arrest of Mr. Buhaevsky immediately informed the headquarters of Interpol in Lyon, where the information was received by the Russian NCB of the organization and the Prosecutor General. In supervising Department have already started to prepare the necessary documents to the translation into the Czech language to initiate the procedure of extradition of a banker in Russia. It should be noted that the two countries have an agreement and, as practice shows, serious obstacles to the repatriation of wanted persons usually does not happen.

According to sources, “b”, at the moment Alexander Bugaevskiy is the defendant in a criminal case, which lead investigator of GSU SKR. Deprived of Bank “Interkommerts” license February 8, 2016 for a number of violations of the law. After three days after that, the Ministry of internal Affairs and SKR were sent statements about revealed in the actions of the employees of the Bank the grounds of fraud (article 159 of the criminal code), embezzlement (article 160 of the criminal code), abuse of power (article 201 of the criminal code) and deliberate bankruptcy (article 196 of the criminal code). A few days later to the charges, the interim administration has added the suspect in the theft of securities “Intercommerce”. March 30, 2016 in respect of Mr. Buhaevsky TFR opened the first criminal case of large fraud.

It was about fraud committed 21-25 January 2016, that is directly in front of the approaching collapse of the credit institutions. Then, according to the TFR, the Chairman of the Board has written off the accounts under his control and some “not established consequence to persons” firms €45 million (about RUR 3.9 bn) through fictitious contracts of purchase and sale of currency.

7 September of the same year in respect of A. M. bugaevsky there was one case of fraud over the theft of the Bank owned by Federal loan bonds with a nominal value 7,925 billion rubles. In the result, as explained in the ASV as the successor of the collapsed Bank, “Intercommerz” was damaged in this amount, which added almost 100 million rubles paid, but not earned income. However, the Bugaevskiy Alexander left Russia even before he became a suspect.

Despite the fact that he has not sought, a former banker, as we now believe in law enforcement, has left Russia “unofficially” — by car via Belarus. In any case, investigators carrying out operational support of the investigation, could not find marks on the intersection of Mr Bugaevskiy border of the Russian Federation. In December 2016, the former CEO of “Intercommerce” was declared internationally wanted as a person hiding from the investigation. In March last year, the Basmanny district court arrested in absentia banker. A few months later Mr. Bugaevskiy also became a suspect in a large embezzlement related to the results questionable companies large loans. It should be noted that at the time of the revocation of the Bank, later recognized by arbitration court the bankrupt, the hole in its capital was estimated at 65.2 billion rubles. the Main assets of “Intercommerce” were withdrawn, and in its loan portfolio were mainly non-performing loans amounting to about 48.8 billion RUB. meanwhile, by estimations ASV, at the beginning of March of this year, liabilities to creditors in liquidation “Intercommerce” make up nearly 86 billion RUB himself bankrupt Bank recognized as a victim in a criminal case and stated to Mr. Bogaevskogo civil action by almost 4 billion rubles.

In the course of a criminal investigation of Mr. Buhaevsky investigators through the court seized as security measures on the detected property of the family of the banker — apartment in Moscow, Moscow cottage and land and more than 100 million rubles in the accounts.

Close ex-banker, wife and daughter, through their representatives, tried to appeal against these court decisions, but to no avail. Alexander Bugaevskiy passed to the investigators through a lawyer that believes their actions are illegal, explaining that he was not informed of them properly, and therefore demanded to cancel your absentee arrest and search. However, he even promised voluntarily to return to Russia to testify, but further conversations business is not has gone. Lawyers of mister Buhaevsky and his family yesterday, “Kommersant” comments on the current situation is not provided.

By the way, this is not the first scandal involving the criminal prosecution of employees of the Bank “Interkommerts”. As told “Kommersant”, in the summer of last year, the Basmanny court issued a harsh sentence of ex-Bank managers Chernukhino Anton and Alexei Malakhaeva by assigning 16 and 13.5 years of strict regime, respectively. According to reveal their Scam Guebipk the Ministry of interior, in 2014 they were the organizers of the OPS, engaged in illegal cashing in and a conclusion of money abroad. According to Rosfinmonitoring, three years later they had pumped at least 26 billion rubles, and the profit of traffickers amounted to no less than 313 million RUB Both the alleged ringleader of a group of absalikov before her sentence under house arrest. However, as it turned out, not too strict because of it, they just quietly escaped, not having appeared in court “with things.” Moreover, according to some, one of the convicts disappeared in Turkey, hitting it, like his former chief, transit via Minsk and the other settled in Israel.