And nobody knows what it is. 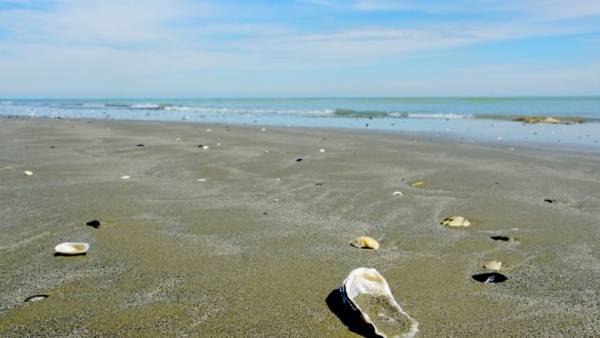 An unusual finding was shared with the users of the Network by a Brit, Louis Bourgoin, who during a holiday in Thailand found on the beach a strange animal.

Brown-pink creature resembling a sea cucumber, apparently washed ashore by the wave. Burgoyne added that he tried to bring the discovery to sea, but it was clear that it raised the head and tried to breathe. But because soon I was back on the shore.

Local residents say that before anything similar did not see, but the last few weeks, they found similar “sea slugs” on this beach.

While it remains a mystery what the creature is and where it came from.