Recruits oblige yourself to come for subpoenas

The state Duma adopted in the first reading amendments to the law on military duty. 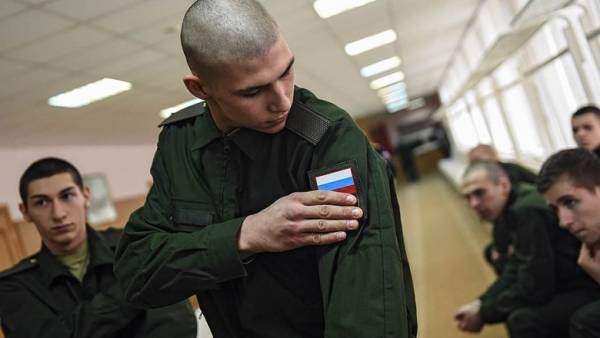 The state Duma adopted in the first reading the bill obliging recruits to be alone for a summons to the military enlistment offices if they have not received these notifications in the period of the appeal. The absence of the commissioners of the authors of the bill deputies from “United Russia” proposed to consider the evasion of military service. The document allows to send summons by registered mail, which can get even the relatives of the recruit.

Citizens subject to conscription for military service, but have not received subpoenas in the period ended conscription, must come to the police station to obtain a receipt for the agenda no later than the date of the beginning of the next call.The text of the bill

The document was submitted to the Duma in January, a group of 67 deputies of the “United Russia” under the leadership of the first Deputy Chairman of the parliamentary Committee on defense Andrei Krasov. Absence in a military Commissariat for receiving the agenda and “the refusal of a citizen from receiving a writ” will be deemed to be evading military service. According to article 328 of the criminal code, evasion from passage of military or alternative service is punishable by a fine up to 200 thousand rubles or compulsory works for a term of up to two years, or with arrest for the term up to six months, or by deprivation of liberty for a term up to two years.

The bill introduces a new mechanism of obtaining recruits summons by a registered letter, which can get not only recruits, but also the adult members of their families or persons “authorized to represent their interests in relations with the draft boards”.

The Russian government earlier in its opinion, proposing to delete the provisions about the possibility of not receiving the summons by citizens subject to conscription for military service. However, the first reading in the state Duma this rule is excluded from it was not.

The bill also clarifies that citizens who received a summons in the mail after the dates of attendance are required, within three working days alone to come to the Commissariat for a new agenda.