Moscow. April 4. INTERFAX.RU — the President of Russia Vladimir Putin appealed to the international community to help the economic recovery of Syria. 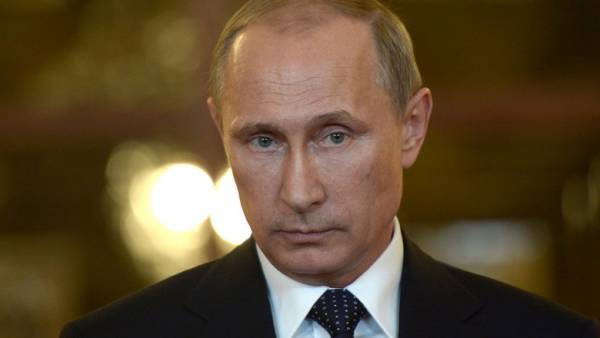 He added that more major task — the restoration of the Syrian economy, which is the common case. “We very much hope that after the completion of the political processes that work to restore the economy of Syria will be a large scale”, — said Putin.

The President also said that the commitment of the leaders of Russia, Turkey and Iran to preserve the territorial integrity of Syria is particularly relevant at the present time against the background of attempts to divide this country. “Such a principled stance is particularly relevant today, amid the growing attempts to exacerbate ethnic and interconfessional conflicts in the Syrian society, thus to split the country apart, while maintaining the potential for conflict in the middle East for many years to come,” he said.

“We agreed to extend the whole complex tripartite interactions on Syria, especially in the framework of “Astana process”, has repeatedly proved its efficiency”, — said the President of the Russian Federation.

Thanks to the close cooperation of the countries-guarantors — Russia, Iran and Turkey, the level of violence in Syria is dramatically reduced, defeated the main forces of ISIS (a terrorist organization banned in Russia), significantly impaired the combat capabilities of other terrorist organizations.Vladimir Putin

According to Putin, Russia, Turkey and Iran discussed the steps to establish in Geneva under the auspices of the UN Committee on the Constitution to determine the future gosustroystva Syria.

“Discussed with Iranian and Turkish colleagues the steps for the speedy implementation of the decisions of the Sochi forum. First of all, formation in Geneva under the auspices of the UN Committee on the Constitution, in which the Syrians will be able to define the basic parameters of the state of the device renewed Syria,” he said.