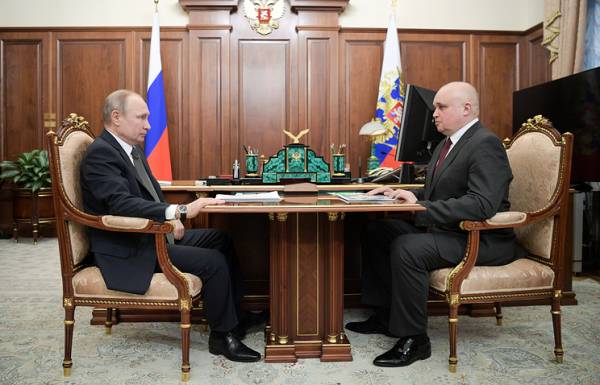 To tune the effective work

“You had a chance to join in the position of acting head of the Kemerovo region in difficult times, you can even say in a critical situation, but it should you set to work effectively is to set up and even to mobilize all your positive qualities, and you have enough of them, you showed them in various places very, very well”, – Putin said at the meeting with Civilian.