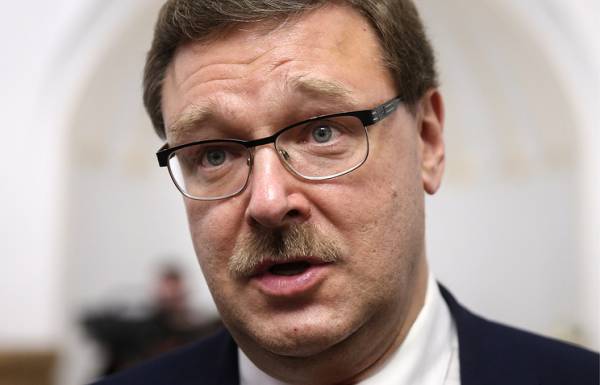 PARIS, 5 APR. /TASS/. The vote on the principle of bloc solidarity in the case of Skripal is a blow to the reputation of the Organization for the prohibition of chemical weapons (OPCW). This was stated to journalists by the head of the Federation Council Committee on international Affairs Konstantin Kosachev, who is with the delegation of the Russian senators in Paris.

“I allowed myself to speak French colleagues extreme disappointment at the outcome of yesterday’s discussion of the situation (around the case Skrobala) on the Executive Committee of the OPCW”, – he said.