In the government of Dagestan found the criminal community

According to investigators, members of the Cabinet led by the customer. 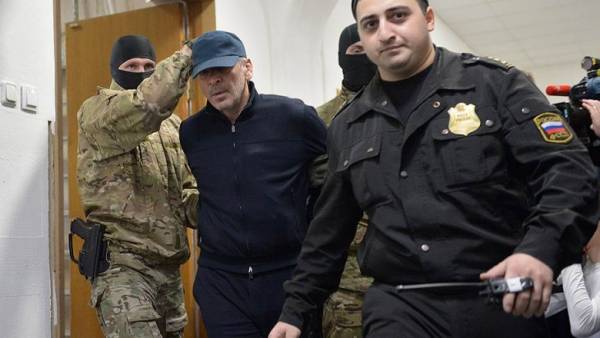 As it became known “Kommersant”, the Investigative Committee found the actions of former members of the government of Dagestan grounds of a crime under article 210 of the criminal code (organization of criminal community or participation in it). The crime is imputed to the ex-Director of state institution “Directorate single state customer-Builder” Shamil Kadavu. Recently arrested in Moscow, former Prime Minister of the Republic, his two deputies and Minister accused of fraud, the investigation sees the role of active participants OPS. Note that in the plot charges the former head of the government of Dagestan Abdusamad Hamidov has a new episode about the illegal granting of state guarantees for obtaining Bank loans by 1.3 billion.

As reported by Kommersant’s source, in respect of Shamil kadieva, who led the company that was the developer for various construction projects, GSM TFR has opened a criminal case under part 3 of article 210 of the criminal code (creation of criminal community with use of his official position).

The organizer of the OPS and its participants could face 15 to 20 years of imprisonment. In this case the role of the latter still remain vacant — according to investigators, members of the community were mainly from an unidentified person.

Shamil Kadievo in addition to the OPS is charged with organization of embezzlement in the 2015-2016 budget funds allocated for the purchase of a building with land for the kindergarten in the village Khalimbekov Buynaksk district, the repair and expansion of access roads of the highway Makhachkala—Kaspiysk, reconstruction in the capital of Dagestan of the center for temporary detention of foreign citizens and individuals without citizenship, the construction of engineering infrastructure of the camp site “eagle’s nest”, and also on the supply of gas, electricity and water, LLC “Diagramless”, located near the village River in the Kizlyar district. Then an investigation was launched into the theft of money allocated to the Republic for development of livelihoods of the population in certain districts and municipalities within the framework of the Federal program “South of Russia”. Subsequently, the TFR has combined all these episodes, the damage which has exceeded 75 million rubles. In February of this year on the basis of available materials was started a new investigation against the ex-Prime Minister of Dagestan Abdusamad Gamidov, his Deputy Shamil Isaev and Rudina Yusufov and former education Minister Sahabas Yadav. They were sent to Moscow, where they were arrested Basmanny district court, accused of a large fraud (part 4 of article 159 of the criminal code) for the same episodes that Shamil kadieva.

“We do not exclude that the investigation will try to accuse members of the government in participation in organized crime at least in order to put pressure on them and force to confess to less severe crimes”, — said “Kommersant” representing the interests of ex-Prime Minister Hamidov Edward Isetskiy. However, according to him, the investigators have no reason to push against former senior officials of the new charges, and especially in participation in OPS.

“This is what happens, that people went to work in the government with malicious intent, previously with somebody agreeing on that will make theft of public funds? This, of course, nonsense,” said Mr. Isecke. The TFR declined to comment.

Meanwhile, the plot charges the former Prime Minister of Dagestan Abdusamad Hamidov there’s a new episode, which is a consequence qualified at part 3, paragraph “a” of article 286 of the RF criminal code (exceeding official powers). According to investigators, in 2013, Mr. Gamidov issued a government resolution on providing state guarantees of LLC “Diagramless” for a total amount of 1.3 billion rubles, this amount subsequently, the company took loans from banks for the construction of a plant for processing of vegetables. However, as has established a consequence, in the provision of state guarantees in violation of the law was not carried out mandatory in such cases examination of the economic efficiency of the project.

In the end, the firm “Diagramless” has not fulfilled its obligations to credit organizations. Based on the decision of Arbitration court of Moscow from the budget of Dagestan in favor of the issuing, OOO Bank loans was charged RUB 1.3 billion.

Meanwhile, the TFR has addressed in Basmanny court of Moscow with petitions for prolongation of terms of arrest of persons involved in the investigation. The court investigation is satisfied by renewing the measure of restraint for two months and 25 days.