As the struggle with alcoholism in the Baltic States spawned ecotourism

In the Baltic countries there is a struggle with alcoholism: governments raise excise taxes to reduce consumption of alcohol. In response, local inhabitants develop a mass ecotourism: cheap beer Finns go to Estonia, Estonians in Latvia, Lithuania and to Latvia, and Poland. 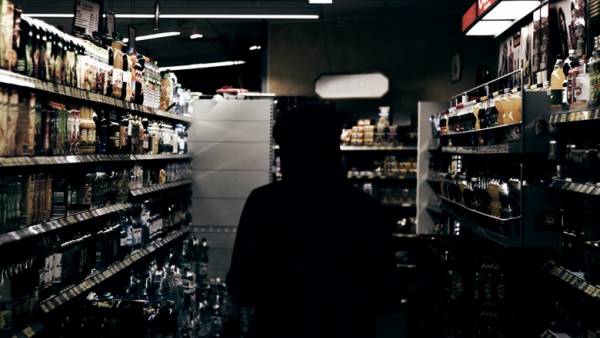 “Before, the Finns went for the alcohol to us in Estonia, and together with the Finns going to Latvia. Beer here is twice cheaper than at home. I’ll take 100 liters,” — says the Russian service Bi-bi-si Indrek, a resident of the Estonian island of Hiiumaa, who we met at the liquor store in the Latvian town of Valka. By the way, the store is also Estonian. But more on that later.

Indrek is not going to limit alcohol: Finns in Estonia and Estonians in Latvia and Lithuanians in Poland buy everything cheaper than at home — from food to bricks. But the example of alcohol the price difference, perhaps the most obvious.

The price difference is a direct result of tax policy of Estonia, which leads the fight against alcoholism, raising excise tax rates.

Similar efforts are Lithuania and Latvia. However, Latvia makes it slower. But Poland does not. As a result, the region has formed a special tax zone — a kind of allophony. They like a magnet attract travelers, tour buses and even entire trading network.

The EU has no borders, and capital from one country to another country — just a few hours drive. And the higher the excise, the more expensive the bottle, the stronger the temptation to buy alcohol from the neighbors — as Indrek Estonian island of Hiiumaa. The result — mass ecotourism.

To verify this, we visited in five countries: Finland, Estonia, Latvia, Lithuania and Poland. In each country we went to several stores with different pricing to compare prices for four kinds of whiskey, one kind of rum, two kinds of vodka and two types of beer. And that’s what we saw.

Let’s start with the North. To buy alcohol in Finland is a rare manifestation of non-conformism: very expensive and very inconvenient.

First, the rate of excise tax then — one of the highest in Europe (in neighboring Estonia is almost twice cheaper). Secondly, a strong alcohol (more than 5.5%) in Finland sells only one commercial network — the state monopoly Alko.

0.7 liter of American whiskey here costs about 35 euros and the ticket for the ferry to neighbouring Estonia or six euros if you care in advance.

The price difference even one bottle will cover the road in both directions, because the same American whiskey in Estonia can be bought for 21 euros. Between Helsinki and Tallinn daily, run more than ten ferries. In General, Finns and Estonians have made their conclusions.

The passenger (at least every second) ferry Helsinki — Tallinn — is the couch where he fell asleep. When the sofa is occupied, the passenger can go to a bar or duty-free — line there lined up before arriving.

On the ferry whiskey and vodka cheaper than in Helsinki, but more expensive than in Tallinn: a liter of American whiskey on the ferry — 36.90 euros in the Estonian port — 31,99 Euro. Passengers that do not know, or ignore, because an hour later after serving half the room is asleep, and the other half continues to drink.

“Victor, come home, drink up!” — in snatches of conversation in the bar is clear at least that the Finns there isn’t the marked audience. The passenger is toast, put the glass down on the table and falls into the arms of another passenger. At the next table nods and raised glasses “for home” for the rest of the tables continue to sleep, the bartender behind the bar apologizes — no espresso, machine is broken. Waking up today will have no coffee.

“There is mostly Estonian workers, who go home with their earnings,” explains neighbors.

Summer was different, so quiet. In the summer I drink more.The bartender

On Board the ferry for Finnish tourists almost unheard of — but they are easy to spot on the beach.

“There are companies who come just to drink, but even the ferry did not go out — they stay there. While others come to us: for the Finns it is twice cheaper, and the Russians are just like it. Half of the clients — tourists,” — says the Russian service Bi-bi-si, the Director of one of the alcohol shops in Tallinn Imre poll.

Neon sign of his shop — the first thing that sees the passenger ferry Helsinki — Tallinn, which leaves a terminal in the port of the Estonian capital. Such stores in port two. Another liquor store right in the terminal building. And when you exit it is possible to detect not only alcohol stores, but also a restaurant and several bars. And it’s still a port.