Why in the hellish clouds of Venus can be life

Venus — the nearest planet is almost a twin of Earth. Only she looks as if she was overwhelmed with biblical punishment. Calculations show that over 750 million years Venus had a habitable climate, and liquid water was maintained as much as 2 billion years. 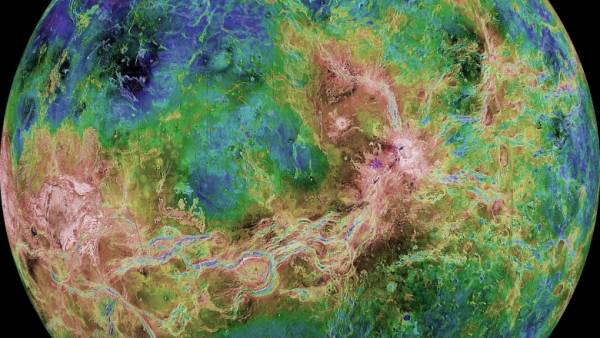 But then the Sun became brighter, the water evaporated and the atmosphere has remained almost one carbon dioxide. It does not allow the heat to dissipate, so Venus is the hottest planet in our system, though not the closest to the star.

The heat on Venus is such that the melted lead, and both day and night, and at the equator and at the poles, and the atmosphere is so dense and heavy, if you carry around a water column height of almost a kilometer. Under these conditions, carbon dioxide at the surface resembles a liquid. It wraps around tens of thousands of volcanoes, hundreds of multi-kilometer impact craters, mountains and cliffs that are barely visible through the thick orange haze. So typically depict hell.

From space, the Venusian landscapes not to see the planet as a whole conceal of the cloud. They very well reflect sunlight, so the planet glows brightly in the sky above the Earth and visible to the naked eye. The photographs of Venus is a uniform sphere. The same it appears in the infrared range. But not in the UV: for the UV images visible contrast spots due to the fact that different substances in different ways absorb the rays. The nature of the stain is not completely clear. Basically they appear because of sulfur and iron in the sky, but their forms and something else — perhaps a huge colony usmivka up of bacteria.

Who live in acid clouds

At an altitude of about 50 km, in the lower layer of clouds, the conditions are much nicer than on the surface of Venus. The pressure is approximately equal to the earth, solar radiation is moderate, the temperature is about 60 degrees Celsius, and around floating microscopic droplets of remaining water and the compounds of sulfur and iron.

People there would have decayed, but there are organisms that flourish under such conditions.

Terrestrial bacterium Acidithiobacillus ferrooxidans lives in a very acidic environment — the Venusian clouds are composed of corrosive sulphuric acid. This resilient little absorb from the air carbon dioxide and nitrogen, and energy gets oxidation of iron, hydrogen, and sulfur — all of this abound in the atmosphere of Venus. There are other microorganisms that, in theory, wouldn’t have gone over the neighboring planet. Some of them are so severe that the harsh conditions themselves produce sulfuric acid — and nothing else.

Up to an altitude of 50 km the bacteria too. In the earth’s atmosphere, they were found even at altitude of 42 km For the time that Venus is washed up on the oceans on the planet could emerge and evolve life. According to one hypothesis, the first organisms or even organic building blocks could have been carried from Earth with the pieces of rocks after a catastrophic collision with a space object.