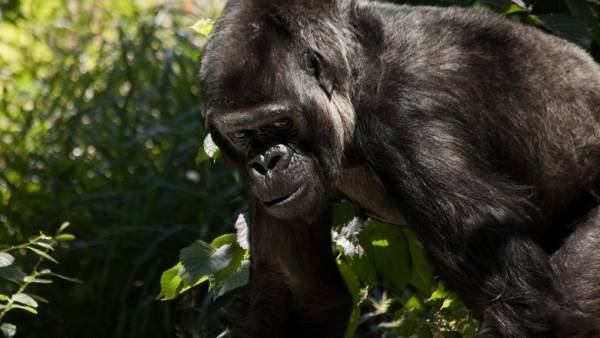 41-year-old British policeman Tom Harrison, also known as Mr. Gorilla again appeared on the pages of the Western press. A man who takes part in various marathons in a gorilla suit and thus raising money for the preservation of primates, started a new challenge.

At this time, Mr. Gorilla went on a journey around the UK on a Bicycle that can be operated only with the hands.

The choice of vehicle Harrison explained simply — hind legs gorillas are much shorter than humans, but because the usual bike animal would not be able to manage.

Publication of The Gorilla Organization (@gorilla_organization) 29 Mar 2018 at 4:02 PDT

The man is going for 20 days to cover a distance of 1610 miles, having set off from Cornwall via Bristol, Nottingham, York, Newcastle and Scotland.

The average speed on this bike is around 60 km per hour, and, in recognition of Mr. Gorilla, operate manual pedal is extremely difficult, especially if you need to climb the mountain.

Now, after several days of marathon, a man experiences pain in the muscles and spine. In addition, the bike has already been broken, and Mr. Gorilla had to stop to fix it. But, despite the difficulties, Harrison doesn’t intend to give up. However, in the other a long trip man, most likely, will not go, as he had promised his wife.

Note that in 2017, the Volume in a gorilla suit ran a six-day London marathon and managed to raise for the charity the Gorilla Organization for more than 70 thousand dollars.