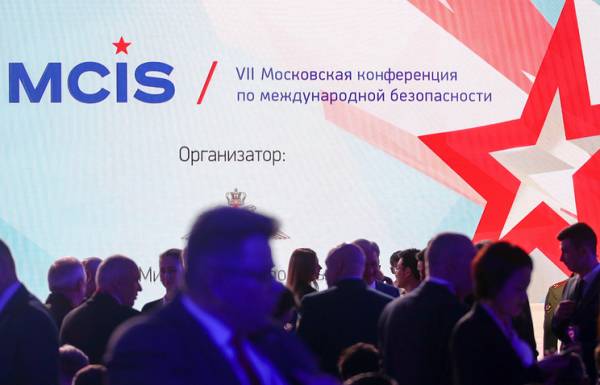 MOSCOW, April 4. /TASS/. Terrorism is a major threat to virtually all countries of the world. This was said on Wednesday, the participants opened in Moscow two-day VII International security conference.

Moreover, according to some participants, the viability of terrorist organizations supported by the existing between the two countries differences.

The conference participants noted increased over the past year the level of confrontation between NATO and Russia in the absence of objective reasons for confrontation. However, this absurd situation is due to the fact that in US politics the fight against non-existent “Russian threat” has become an end in itself.

In the letter to the participants of the conference, Russian President Vladimir Putin urged to consider new forms of international cooperation to consolidate the results of anti-terrorist struggle.

The call of the President

In the read out by the Secretary of the Russian security Council, Nikolay Patrushev, the greeting to participants and guests of the conference the President of the Russian Federation notes the need for international cooperation to consolidate the results of anti-terrorist struggle. The particular danger continues to be banned in Russia grouping “Islamic state” (IG), said the Russian leader.