Russia and Turkey have agreed about the prices for s-400

ANKARA, 3 April — RIA Novosti. Moscow and Ankara have agreed on prices for the supply of anti-aircraft missile systems s-400, said Vladimir Putin at a press conference following the meeting with President of Turkey Recep Erdogan. 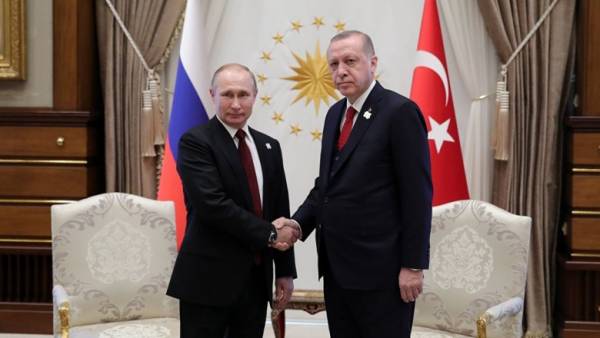 “We have accelerated production and have agreed on the price, which is extremely important,” — said the Russian President, noting that the decision on speeding up deliveries made at the initiative of Ankara.

He also said that the parties have determined the priorities of military-technical cooperation. The prospects of further arms deliveries to Turkey will further discuss at the upcoming meeting of the relevant intergovernmental Commission, the President added.

In addition, the Russian leader said that today there are no barriers for joint manufacturing complexes.

“This is a purely commercial issues are solved at the level of economic entities. Any political-military considerations in this regard we do not exist and there are no restrictions,” — said Putin at a press conference.

In December of last year in Ankara, representatives of Russia and Turkey signed a loan agreement to supply anti-aircraft missile systems s-400. According to the Secretariat of defense industry of Turkey, the country will buy two batteries for this that will be serviced by local staff.

The parties also agreed on technological cooperation in this field to develop the production of anti-aircraft missile systems in Turkey.