ISIS sponsored repair. In Moscow arrested the workers, the translator of the money to the militants

As it became known “Kommersant”, the TFR and the FSB revealed in Moscow a network, financed banned terrorist organization ISIS. The first arrest of two of its members, which are systematically translated earned by the repair and construction money in Iraq and Turkey. 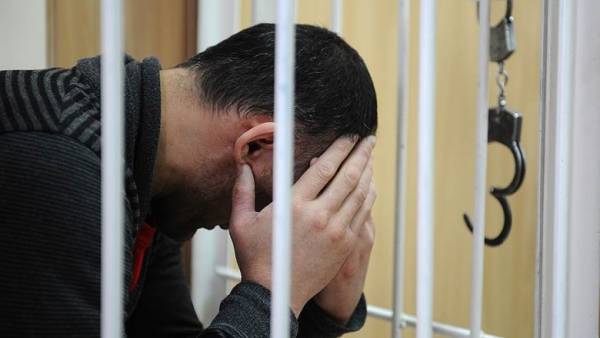 According to “Kommersant”, the operatives of the capital of the FSB took six months to calculate the natives of Tajikistan 36-year-old Islamuddin Alimardonov and 31-year-old Fringe Toshmatova that from January 2016, doing that on a regular basis sent money to ISIS. As found by the KGB, Alimardonov moved to Russia from Tajikistan in 2015 and settled in a Studio apartment with almost ten of their countrymen on the Timurovskaya street. While Toshmatov, also a native of Tajikistan, was established in Moscow in 2000, became a citizen of Russia and lived in a one bedroom apartment on Malaya Gruzinskaya in a circle of about 15 of his countrymen.

Interest in the natives of Tajikistan, the KGB came after it became known that in 2015 Alimardonov brother and sister Toshmatova went to Syria, joining ISIS. The young man was a fighter, and the girl — nurse. Then, the investigators drew attention to the fact that the Tajiks held in Moscow and the Moscow region construction, repair of apartments and cottages, somewhere regularly transferred earned funds. Surveillance has allowed to establish that Alimardonov and Toshmatov, receiving money, went to Western Union offices or “Golden crown”, where he translated 70 to 100 thousand rubles on the Bank card or service of payment systems in Turkey and Iraq. According to investigators, the recipients of the converted funds, passing them then to the militants.

Returning from Tajikistan Alimardonov detained at Vnukovo airport, and Toshmatova — on Malaya Gruzinskaya street when he was walking home. During searches of the detainees seized more than 50 phones and Bank cards, issued on different people. Investigating bodies GSU SKR, they were charged with committing a crime under part 1.1 of article 205.1 of the criminal code (terrorist financing). Meshchansky district court, accepting the request of the investigation, arrested the two for two months. The guilt, the investigation does not recognize, arguing that only helped money to relatives living abroad. In turn, the investigation of the FSB and verify that the money the militants were sent to friends and acquaintances arrested. As reported by “Kommersant”, the official representative of GSU SKR across Moscow Julia Ivanova, investigation of remittances has become an international investigation sent to law enforcement agencies of several countries requests for assistance.