In Ukraine, the captain of the ship “Nord” was taken away in an unknown direction 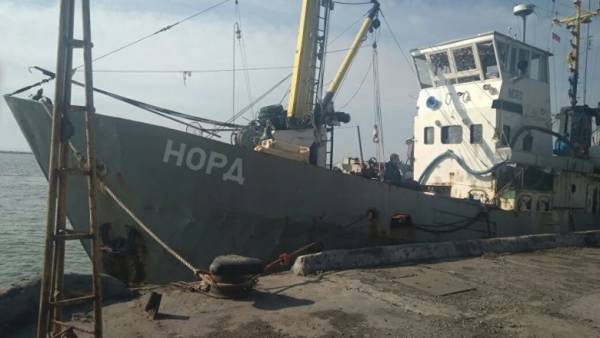 “Three hours ago (around 7.00 GMT) the captain was removed from the vessel by Ukrainian border guards in an unknown direction. The lawyers informed not supplied. His whereabouts are not known to us,” said the company.

According to preliminary data, on Wednesday should take place the first meeting of the Ukrainian court in the case involving the Kerch ship “Nord”. The session will take place in Mariupol. The shipowner reported that the lawyers are trying to establish where it is currently Gorbenko. The company believes the actions of the Ukrainian authorities is unacceptable.

Ukrainian border guards March 25 detained a fishing boat “Nord” under the flag of Russia in the Azov sea with 10 crew members. All of them are citizens of Russia. The owner stated that the ship is detained unlawfully, and the actions of border guards threat to the lives of crew members. Management of FSB of the Crimea opened a criminal case under article 211 of the criminal code “hijacking an aircraft, sea vessel or railway rolling stock”. Ukrainian court on March 30 arrested the vessel “Nord”. For team members, administrative reports, and the captain charged with suspicion of “violation of order of entry” in the Crimea. He faces up to five years of imprisonment.