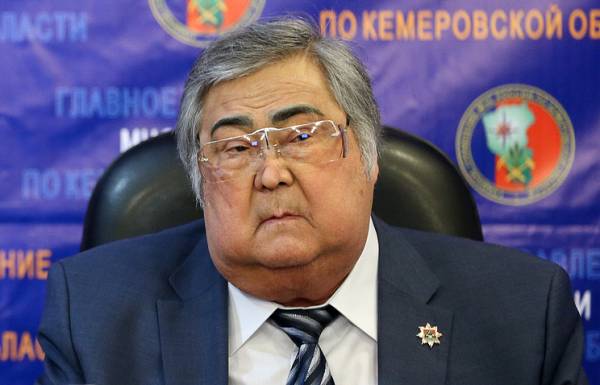 KEMEROVO, April 1. /TASS/. To experts interviewed by TASS believe fruitful for the people and businesses of the 20-year era of the leadership of the Kemerovo region Aman Tuleyev, which ended after a fire in the Kemerovo TC “Winter cherry” his resignation on Sunday.

Tuleyev has taken responsibility for the tragedy, which killed 64 people and left the post of Governor, and acting head of the region appointed 57-year-old Vice-Governor Sergey Tsivilev, who came to the administration in March as CEO of the coal company “Colmar”.

How Tuleyev has gained a reputation as a tough but caring leader and what needs to be done to the new head of the region told TASS Siberian politicians, business representatives and experts of the Kuzbass.

Deduced from the Kuzbass strikes

Despite the fact that the rumors about the impending resignation Tuleyev went back to last summer, when the 72-year-old Governor underwent a difficult operation, fait accompli produced a shocking effect. “I’m still in a state of if not shock, then thought,” admitted TASS the Deputy of the Kemerovo regional Council from “Fair Russia” Vladimir Volchek.