The arbitration court of the Moscow region satisfied the claim of JSC “state Farm Lenin” to the candidate in presidents of the Russian Federation Pavel Grudinin and invalidated the deal 10 years ago, the correspondent “Tapes.ru”. 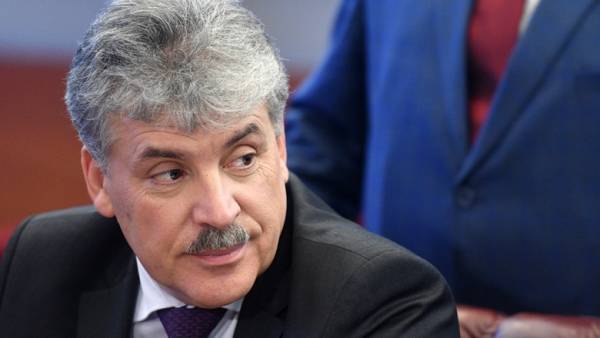 We are talking about the events of 2008, when the farm contributed to the authorized capital of LLC “TT development” two land plots with a total value of more than 1 billion rubles.

Former state farm workers — family Marking holding shares in the amount of 0.47 percent, believe that the deal grossly violated their rights and deprived of the opportunity to receive dividends.

The representative of the plaintiffs Vladimir Boyarinov said that the deal was done with the interest, as the Director of the farm Grudinin was one of the founders of the “TT development”. According to him, Markins learned about the deal only in Jan this year from the media, and that was the reason for going to court.

“If the court decision enters into legal force, to disputed transactions will be applied to the overall consequences of their invalidity specified by law. That is, each party shall return to the other party obtained in the transaction of property”, — told reporters Boyarinov.

Representatives of the farm stated its intention to appeal the decision.