Russia may authorize the transit of sanctioned goods from the EU

This is possible only with their full traceability, noted first Vice-Premier Igor Shuvalov. 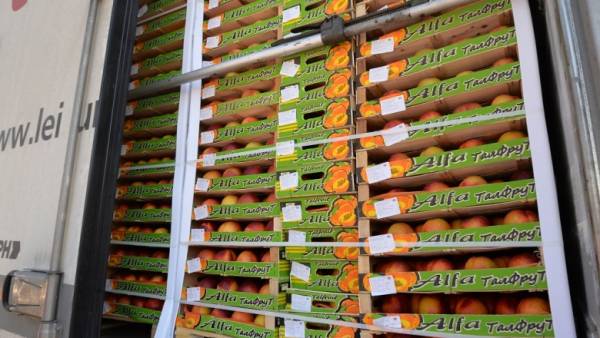 MOSCOW, March 2. /TASS/. The transit of goods from the European Union, including sanctions through the territory of Russia can be allowed, but only under condition of creation of system of full traceability, said first Deputy Prime Minister Igor Shuvalov at a meeting of the Federal customs service (FCS).

If the order will be provided by the system of complete traceability, then we will be able to provide transit for the participants of foreign trade activities. And goods from Ukraine, countries of the Eurasian economic Union, the European Union will be able through the territory of the Russian Federation to pass freely, without any complications, but subject to full traceability.Igor Shuvalovoy Deputy Prime Minister

He recalled that the ban on transit associated with the ban on the import of a whole group of products on contractional theme. “However suggesting that we do with our partners in the EEU as soon as possible agreed on a new procedure for transit”, — said the first Deputy Prime Minister.

Suggested at the first stage to ensure full traceability mechanism for goods imported into the territory of the EAEU from the outside, and six months after that to provide a mechanism of traceability of products produced in one of the countries of the EEU and “flow for consumption in another country of the EEU”.