Parliamentary ethics have a back seat

The members of the relevant parliamentary Committee has not studied the behavior of Leonid Slutsky. 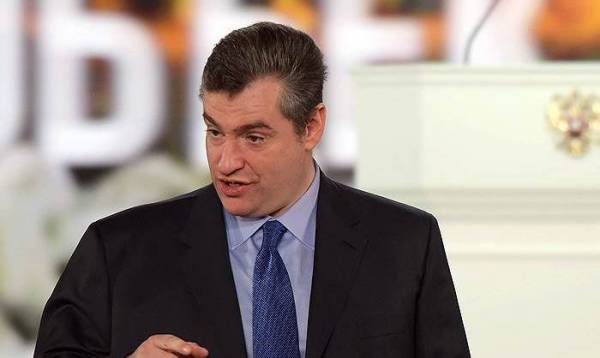 The Duma Commission for Deputy ethics will decide whether or not to discuss the accusations against the Deputy of the state Duma Leonid Slutsky (LDPR) after the election and only after some discussion with him. This was stated by the head of the Committee Otari Arshba (United Russia). Interviewed by “b” members of the Commission were not ready to understand the situation. The Deputy from LDPR Sergey Ivanov has warned that the Commission agrees with the complaints that can be documented. The United Russia party member Raisa Karmazina said “Kommersant” that she “is completely insignificant theme”: “In America, remember who someone is pinned, and therefore we have started to discuss.” Some MPs are not willing to discuss the situation with Leonid Slutsky, until the end of the work in the regions.

Proceedings of the Duma ethics Commission became possible after 1 March, a statement about the harassment by the Deputy was sent to the Commission on the ethics of the producer of the TV channel “Rain” Darya Zhuk. Leonid Slutsky, denies the charges.

Duma Commission to recommend the state Duma to invite the MP to a public apology for violating the rules of ethics, to disseminate in the media information about the fact of violation of the rules of parliamentary ethics, to deny the right to speak at one or more meetings of the chamber, Colleagues and even entitled to warn the Council of the Duma on the grounds of “early termination” if they received the materials.

However, all of the grounds described in the law “On the status member of the Federation Council and the status of the Deputy of the state Duma” and unethical conduct among them, although article 9 of the law reminds the Senator, the Deputy “are obliged to observe ethical rules”.

The head of the Committee Otari Arshba said that the complaint will be considered after March 18.

On this day elections will be held, and on March 19 to formally end the work of deputies in the regions (started February 26). “Until that time we will hear the opinion of someone she accused,” said Mr Arshba, stressing that it is too early to say that the discussion is generally placed on the actual meeting of the ethics Commission. “Let’s see if the facts are convincing. Not all issues brought to the Commission”, — said the MP.