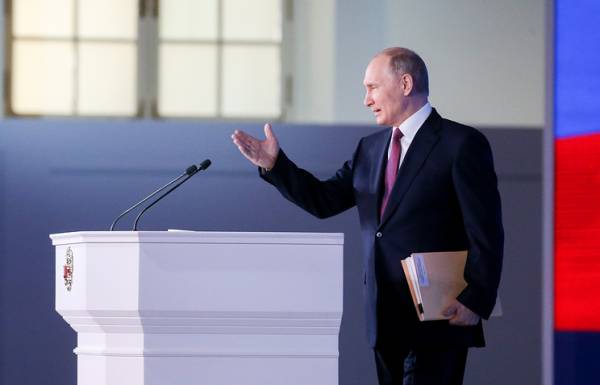 MOSCOW, March 3. /TASS/. A rally in support of presidential candidate Vladimir Putin will be held on Saturday at the Moscow stadium “Luzhniki”.

Earlier, Putin’s press Secretary Dmitry Peskov did not rule out the possibility that the candidate will participate in the rally. “We can’t rule it out,” said he.

“For a strong Russia!”

The rally under the slogan “For a strong Russia!” starts at 14:00. It is assumed that the participants of the rally were speeches about a dozen trusted persons of the candidate, including Director Nikita Mikhalkov, the famous heart surgeon Leo Bokeria, artistic Director of the Mariinsky theatre, conductor Valery Gergiev. “They officially act as Trustees of the candidate,” – said TASS press – Secretary of the election headquarters of presidential candidate Andrei Kondrashov.

On the official website of the candidate among the speakers are also sold to Alexander Rosenbaum, Philip Kirkorov, Filipp Kirkorov, Kristina Orbakaite, Nikolai Baskov, other popular artists.