Vyacheslav Volodin has called into question the legitimacy of the ECHR

The Chairman of the State Duma of Russia Vyacheslav Volodin said that the legitimacy of the European court of human rights (ECHR) is questionable. 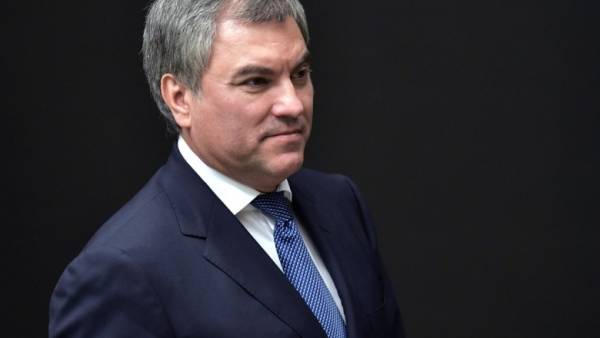 “What a third of judges are formed, elected without the participation of the Russian side, our delegation is, of course, is to cast doubt and raise questions under the legitimacy of the decisions taken by the ECHR”, — quotes its words “RIA Novosti”. Thus mister Volodin considers what to speak about Russia’s withdrawal from ECHR “probably not entirely correct”.

We will remind, that the Russian authorities are studying the possibility of ending the cooperation with the ECHR, previously reported by “RIA Novosti” with reference to sources in the relevant departments.

According to them, the ECHR does not take into account peculiarities of the Russian legal system. Depriving Russia of voting rights in the parliamentary Assembly of the Council of Europe (PACE), as noted by the sources, led to the fact that “more than 20 judges of the ECHR, many of which are charged with the consideration of Russian Affairs, elected without the participation of Russian representatives.”

Russia was deprived of voting rights and the opportunity to work in the governing bodies of the Assembly and to participate in missions of observers in 2014 in connection with the annexation of Crimea and events in Eastern Ukraine. Last June for the first time Russia has suspended the payment of contributions to the budget of the COE. That Russia will not make a contribution to PACE and in 2018, it became known on February 13.