The national Assembly of Armenia elected a new President. 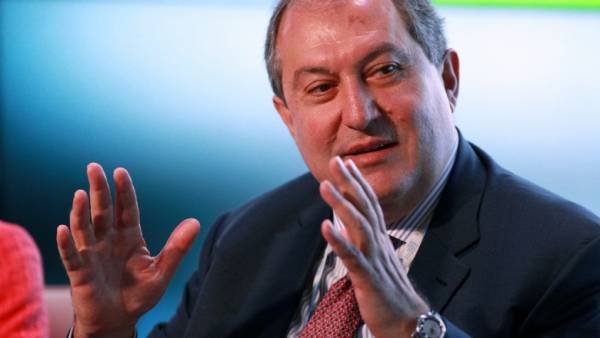 He was the former Ambassador of Armenia to London Armen Sargsyan, in 1996-1997, and held the post of Prime Minister. He was the only candidate for the position. The candidacy of Mr. Sargsyan was nominated by two factions: the ruling Republican party and the Armenian revolutionary Federation “Dashnaktsutyun” (ARF).

Under the new Constitution the President elected by Parliament for a single seven-year term. The incumbent President Serzh Sargsyan will expire on 9 April, on the same day of the scheduled inauguration of Armen Sargsian. Then the old government will resign, and Armenia will fully switch to a parliamentary form of government.