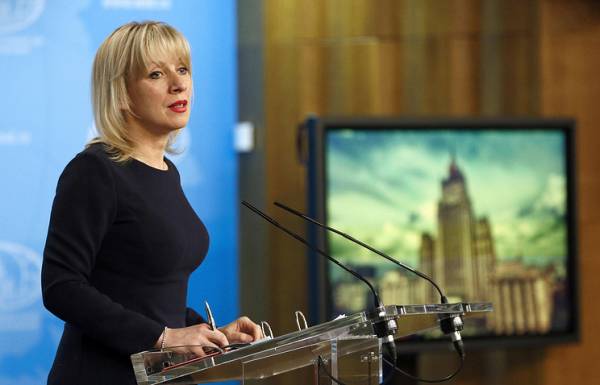 MOSCOW, March 2. /TASS/. The foreign Ministry will make a special place on the briefings for the American press, if the United States again dare to oppress the rights of Russian journalists. This was stated on Friday the official representative of the guardian Maria Zakharova.

March 1, at the briefing the head of the press service of the Department of state Heather Nauert pointedly refused to answer Russian journalists ‘ questions, concerning bilateral relations and the message of President Vladimir Putin to the Federal Assembly.