The Deputy Slutsky about the allegations of harassment: never been

The Deputy of the state Duma from LDPR Leonid Slutsky denied allegations of sexual harassment. “Never been,” — reports the words of the MP, “RIA Novosti”. “Women never complained and I think will not complain about a wrong action on my part,” said the MP. 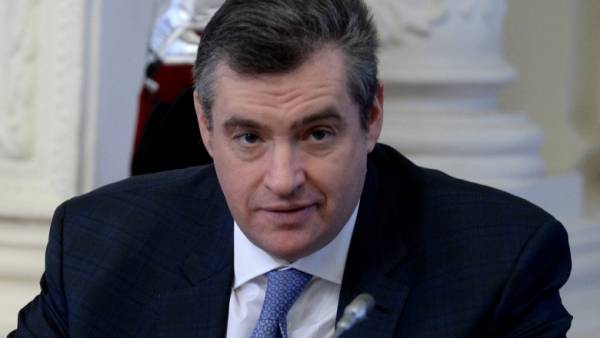 Answering the question about the possible polygraph test, the Deputy Slutsky said that this device “has a large margin of error.”

In this case, we should not cling detectors, polygraphs, we just have to make it zakazuha went out, over, and work from this day on, constructively, positively and no one in no blame.Leonid Lucidata of the state Duma from LDPR

On specifying question, whether he refuses the test, the Deputy did not answer, pass “Vedomosti”.

Accusations from the Deputy editor-in-chief of RTVi Catherine Kotrikadze Leonid Slutsky explained by the nationality of the journalist. “Georgian journalists accuse and not that. Strange that there was no Ukrainians or the Americans,” — said the Deputy.

We will remind, the Deputy Slutsky, who poglavlje the state Duma Committee on international relations, originally accused of sexual harassment of two journalists on condition of anonymity. After an exit on TV channel “the Rain” a story about sexual harassment in the state Duma, the party member Mr Slutsky, Vice-speaker from LDPR Igor Lebedev has suggested to deprive of accreditation those who distribute “slanderous information” about the Deputy. Speaker of the state Duma Vyacheslav Volodin has recommended to the victims to appeal to the Duma Committee on ethics. The Leonid Slutsky stated that it reserves the right to sue for allegations of harassment to journalists.

According to the press-Secretary of President Dmitry Peskov, the Kremlin does not follow the scandal. On the background of these reports, the Deputy head of the Duma Committee on family Affairs Oksana Pushkin has announced its intention to amend, on liability for sexual harassment.