The defendant in the “cocaine case” Kovalchuk worked in the foreign Ministry, said Zakharov

MOSCOW, 2 Mar — RIA Novosti. The alleged organizer of the smuggling of cocaine from Argentina to Russia Andrei Kovalchuk, who was earlier arrested in Germany, has never worked in the Ministry of foreign Affairs or the Russian diplomatic missions abroad, said Friday the official representative of Russian foreign Ministry Maria Zakharova. 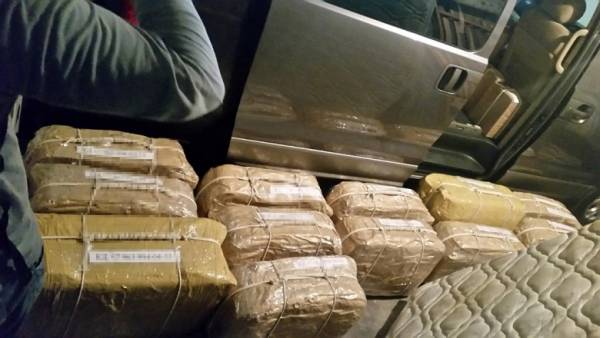 “We searched through all the archives, all. We talked with headhunters, with management, with all. Raised all the papers. Kovalchuk never worked in the Ministry of foreign Affairs or the Embassy,” said Zakharov on the radio station “Moscow speaking”.

She also called on the Russian media, which spread reports that Kovalchuk allegedly worked in the foreign Ministry, to publish a refutation of this information.

The Argentine authorities earlier reported that during a joint operation of special services of Russia and Argentina managed to stop the delivery to Moscow of 389 kilograms of cocaine and arrest in Argentina a few people, including members of the local police and a native of Russia. Bags of drugs found in the territory of the Russian Embassy, and about the discovery of the Argentine police told Russian diplomats.

“Cocaine case” in Moscow were arrested Vladimir Kalmykov, Estimer Khudzhamov and Ali Abanov, investigators continue to search for other defendants. The decision to arrest the three defendants was handed down on 13 December last year, however journalists about it it became known only after the Russian and Argentine authorities were told about this major operation. Defendants charged with attempted trafficking and drug smuggling.

The alleged organizer of the group involved in the smuggling of cocaine from Argentina, hiding in Germany, he was declared internationally wanted by Interpol, said on Monday the Federal security service of the Russian Federation.

The Tver court of Moscow arrested in absentia Andrey Kovalchuk as one of the defendants in the case about the attempt of drug smuggling from Argentina. According to the newspaper La Nacion, the helper, whom the publication calls “Mr. C.”, lives in Berlin, he was born in 1968 and works as a sales representative tobacco company Habanos.

Earlier, his lawyer Vladimir Zherebenkov told RIA Novosti that Kovalchuk considers the incident a provocation. He claims that he left school at the Embassy coffee, cognac, household items. According to the lawyer, Kovalchuk Packed them, put under the stairs with the permission of the former caretaker Ali Abanova; things have been there for a year and a half. According to the lawyer, when Abanov left, he gave the property of another school employee. It was decided to check that under the stairs — so was discovered things Kovalchuk, 360 packages. The lawyer noted that Kovalchuk repeatedly in open negotiations, said that buying coffee and cognac, he saved the receipts, have witnesses, the cargo was sticker with his phone number.