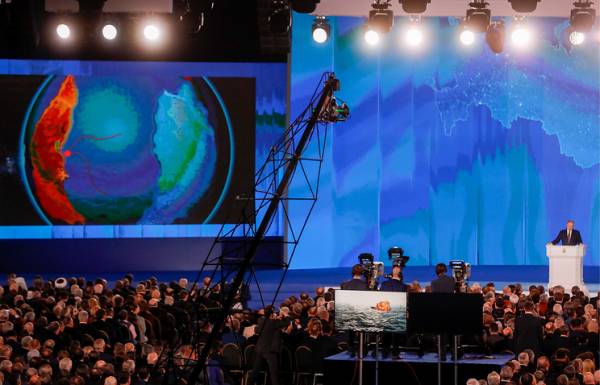 MOSCOW, March 1. /TASS/. Heads of Russian regions who were present on Thursday at the presidential address of the President of the Russian Federation Vladimir Putin to the Federal Assembly, I believe that the head of state outlined the key points of development for the coming years aimed at addressing the concerns of the population. This, in particular, lack of nurseries, the situation of roads and availability of medical care, garbage dumps and polluted air in cities.

Regional leaders noted that, overall, the message was aimed at improving the quality of life of people and the development of strategic for the regions industries. Especially proud of some regional leaders called President demonstrated samples of the latest military equipment.

The President in the message, in particular, has set a task to increase financing of road construction and maintenance in the next six years. This topic drew the attention of heads of many regions.