The Commissioner for human rights in Russia Moskalkova Tatiana commented on the possible termination of cooperation between Russia and the ECHR. 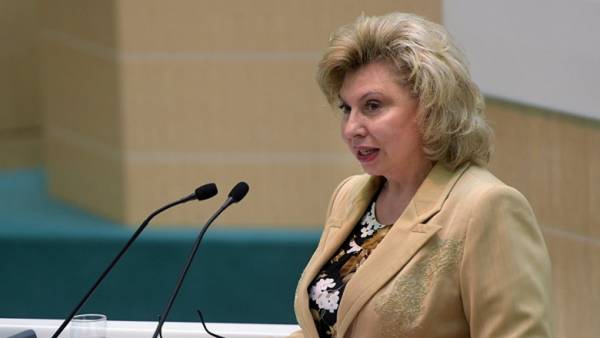 “I am an official of such statements from the lips of the authorized persons have not heard, but I think that the ECHR is an integral part of international cooperation, one of the most important parts of the human rights of elevators, when people maybe being dissatisfied with decisions at the national level, to reach the level of international protection. Legally, in my opinion, out from under the jurisdiction of the ECHR means the exit of the Council of Europe that it would probably be a step backwards today,” leads her words TASS.

That the Russian authorities are studying the possibility of denunciation of the European Convention on human rights and the termination of cooperation with the ECHR, previously reported by “RIA Novosti” with reference to sources in the relevant departments. According to them, the ECHR does not take into account peculiarities of the Russian legal system and acts often illegitimate. Depriving Russia of voting rights in the parliamentary Assembly of the Council of Europe (PACE), as noted by the sources, led to the fact that “more than 20 judges of the ECHR, many of which are charged with the consideration of Russian Affairs, elected without the participation of Russian representatives.”

Russia was deprived of voting rights and the opportunity to work in the governing bodies of the Assembly and to participate in missions of observers in 2014 in connection with the annexation of Crimea and events in Eastern Ukraine. Last June for the first time Russia has suspended the payment of contributions to the budget of the COE. That Russia will not make a contribution to PACE and in 2018, it became known on February 13.