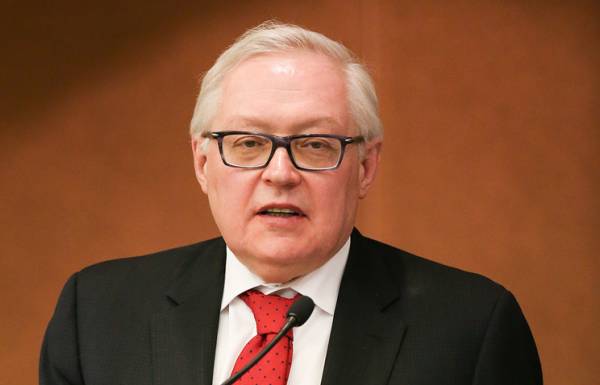 MOSCOW, March 2. /Offset. Maria Khrenova TASS/. Deputy Minister of foreign Affairs of Russia Sergei Ryabkov said in comments TASS on Friday said that his consultations with the senior Deputy Secretary of state Thomas Shannon postponed, not abandoned, but new dates have not yet been discussed.

“We postponed the consultation with the senior Deputy Secretary of state Shannon on strategic stability and security. New terms no one discusses about it to speak early” – said Ryabkov. “When we get back to the subject, is a separate issue, but I emphasize that it is the event is not canceled, but postponed”, – noted the senior diplomat.