Pesticides accumulate in the organisms with high content of fat. This conclusion was made by Russian scientists, who for several years studying seabirds and marine mammals of the Okhotsk and Bering seas. 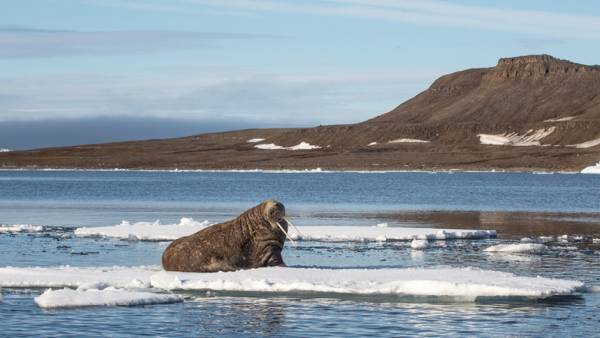 Their work is published in the journal Marine Pollution Bulletin. The research cycle is supported by the Russian science Foundation (RFN).

A group of scientists presented the results of a study on the cumulative effect of organochlorine pesticides (OCPS) in marine organisms, birds and mammals living in the North-Western Pacific ocean. HOP synthetic pesticides derived from chlorinated hydrocarbons, including DDT (dikhlordifyeniltrikhloretan).

They are widely used in chemical industry and agriculture, despite the fact that they are highly toxic, slow to decompose and tend to accumulate in fatty tissue and organs of living organisms. Many of these substances included in the so-called “Dirty dozen” enshrined in the Stockholm Convention.

The authors studied the feathers of sea birds, skin, liver, muscle, and muscle and liver of gray whales and Pacific walruses. In the field of view of scientists got, gray whales, Pacific walruses, and seabirds (Northern fulmars, crested (large) auklet, auklet-crumbs, Pacific gulls and grey petrels).

Scientists came to the conclusion that the higher the worth living creature in the food chain, the more his body builds up toxins.

The study also noted that species that are long-lived, accumulate in the internal organs more pesticides than the species whose life cycle is shorter. For example, in organisms small fish of pesticides contains a little. However, in marine birds, mammals and predators that feed on these fish, the concentration level of HOP high. Scientists also noticed that in mammals, the level of contamination of the body higher as they have more fat content in the body.