Hungary considers language policy of Ukraine “stab in the back”

The Ministry of foreign Affairs of Hungary released a statement of Minister péter Szijjártó, in which he accused the decision of the constitutional court of Ukraine regarding the prohibition of regional languages in state agencies flagrant attack on national minorities, including Hungarian. A statement published on the Ministry’s website. 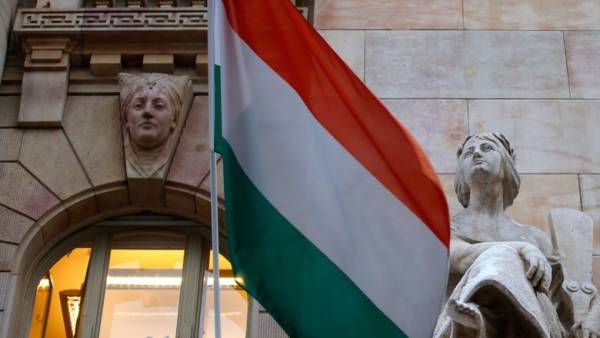 “The series of actions began with the education act, continued with the attack on the headquarters of the Society of Hungarian culture of Transcarpathia, and now culminated with the repeal of the law that allowed minorities to use their native language,” said Mr. Szijjarto, stressing that nothing like this could happen in a country that follows the rule of law.

While Ukraine expects the European countries will show her solidarity, she stabs them in the back of cruel measures in relation to national minorities.

“In the Ukrainian Parliament now discusses the three laws of language, and they are all much worse than the one that was approved by the Constitutional court. To date, the utilization threshold minority national languages was 10% of the population, now it is planned to increase to 33%” — the Minister said.

According to the head of the Hungarian Ministry of foreign Affairs, Ukraine “it is impossible to take seriously as a country that plans to establish closer ties with the EU and NATO.”