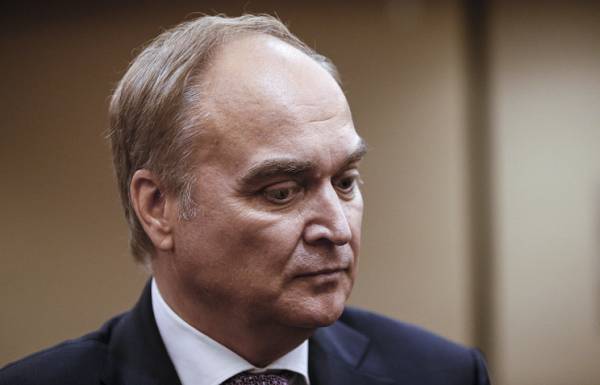 WASHINGTON, March 2. /TASS/. Russia has not violated any agreement in the field of disarmament and arms control, developing its nuclear capability. This is stated in a statement on Thursday the statement of the Russian Ambassador to the U.S. Anatoly Antonov.

“Once again I will emphasize that Russia is developing its nuclear capability, has not violated any agreement in the field of disarmament and arms control. All that is done, the Ministry of defense of Russia, the Russian military-industrial complex, is in strict accordance with our international obligations,” he said.

According to Antonov, Russia considers the allegations by the American government in Moscow of violating the Treaty on the elimination of intermediate and shorter-range missiles (INF Treaty) are unfounded and not supported by any specifications.