When the President first addressed the Parliament and spoke of the Russian President in different years. 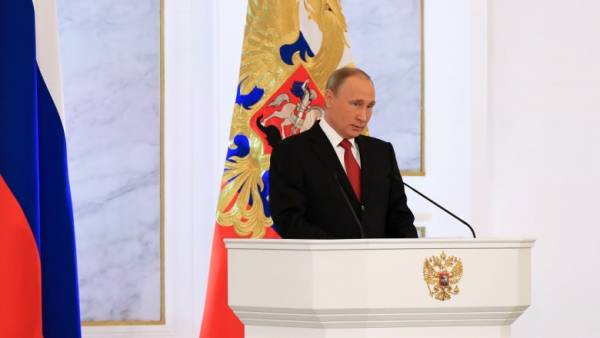 March 1, 2018, Russian President Vladimir Putin will deliver a message to the Federal Assembly. TASS recalls that this procedure, and talks about the messages of the past.

Why would the President shall address

Once a year the President publicly appeals to both chambers of the Federal Assembly of the Russian Federation.

The head of state sees the situation in the country and defines the main directions of domestic and foreign policy.

This format of appeal provided by paragraph “e” of article 84 of the Constitution.

Also, the President informs the Parliament about the most important decisions that he took in accordance with its powers.

How to prepare the text

What will tell the President, are not disclosed. The only exception was 2010, when Dmitry Medvedev has published the main provisions of his future speech in the article “Russia, forward!” for extensive discussion.

The text of the message prepared a few months.

Since 2005, the President of the pre-meets with the leadership of Parliament, to discuss domestic and foreign policy. Since 2006, these meetings will be attended by heads of Executive authorities, representatives of business.

What should the President say

Form and contents of appeal is not governed by any special laws.

What will be discussed — is almost completely determined by the President.

In 1994-1999, the President’s speech focused on several specific topics indicated in the title. Later treatment began to cover a wider range of issues, including all aspects of the development of the country, and since 2003, the messages do not have names.

In addition, from 1995 until 2014 there was the Budget message of the President, and after its cancellation the main directions of budgetary policy must also be formulated in the annual message.

Where is the message

Since 1994 members of the Federal Assembly heard an appeal of the head of state in the marble hall of the 14th corps of the Moscow Kremlin. Since 2008, the President of the Russian Federation speaks at the St George hall of the Grand Kremlin Palace — the ceremonial residence of the President. The decision to move the ceremony to another location was due to the greater capacity of the hall.

In 2018, the President’s first address to Parliament in the big Arena. The transfer is associated with the increase in the number of participants. In addition, to display infographics will be used screens that it is difficult to establish in the Grand Kremlin Palace.

To whom the President