Thursday, March 1, Vladimir Putin will announce the message to the Federal Assembly. Treatment started at 12 o’clock Moscow time and held in a new multimedia format. 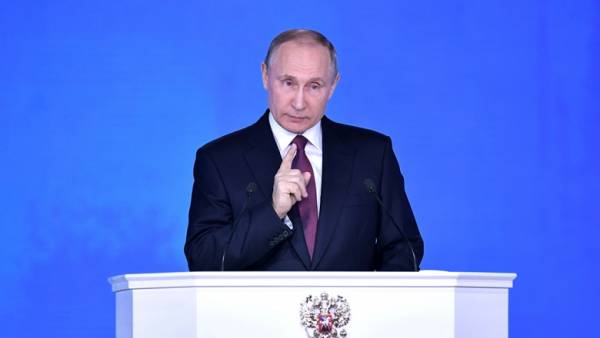 The hall is fitted with special screens, which during the speech of the head of state displays infographics, reports channel “Russia 24”.

Although the contents of Putin’s speech was kept secret, earlier the President has already outlined some of the issues of the message. So, he will speak about the development of domestic science, the conditions of business in Russia and will address the issue of relations between business and law enforcement.

Date of the President’s speech with a message is not fixed and is determined each year depending on the work schedule of the head of state and readiness of the document, reminds TASS. With the first address to both chambers of the Federal Assembly addressed President Boris Yeltsin in February 1994. In the first two presidential terms of Vladimir Putin’s message echoed in the spring-summer period, during the presidency of Dmitry Medvedev date of performance has moved closer to the end of the year. During the current presidency of Vladimir Putin all of his previous address to the Federal Assembly was held in December.