Putin’s message to the Federal Assembly: the main

The Russian President delivered a message to the Federal Assembly. RTVI is watching that is important, said Vladimir Putin before the presidential election. 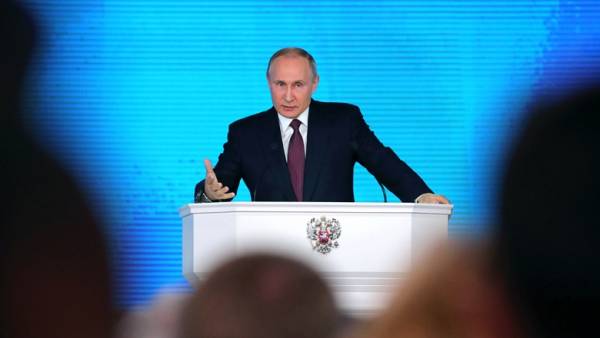 — The basis of all — saving people. In the near future coming technological revolution and Russia needs to understand what is happening around. The speed of technology grows dramatically. Who does not have time for technology, in order to cover a wave of lag, hence the loss of sovereignty, the blurring of human potential. The young people leave and the company will lose life ability.

“We must expand the space of freedom in all spheres, strengthen the institutions of democracy, the independence of the company and the courts. Need to cut everything that hinders our movement. Do not do this, there will be no future children we have in our country. The lag is the biggest enemy of our country.”Vladimir Putin

— In the next six years, whoever was President, GDP per capita should grow in one and a half times, and the level of poverty decline doubled to 10 million. In support of demography proposes to allocate 3.4 trillion rubles.

— It is necessary to toughen environmental laws to companies to reclaim the dump in the city.