Pamfilova commented on the fight Sobchak and Zhirinovsky in the debate

MOSCOW, 1 Mar — RIA Novosti. The CEC head, Ella Pamfilova, commenting on the incident between candidates in presidents of the Russian Federation Ksenia Sobchak and Vladimir Zhirinovsky at the debate, said the candidates to show themselves as they wish to appear before the voters, the Central election Commission is only an observer. 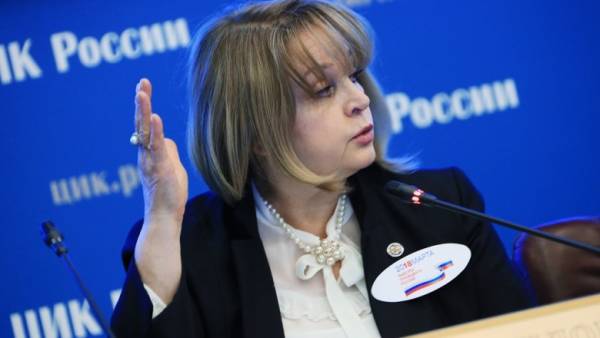 Sobchak poured water Zhirinovsky, who called her during the election debates on the channel “Russia 1”. The quarrel between the politicians happened during the speech of another candidate Sergei Baburin. Zhirinovsky intervened in the speech, the time for which was given Baburina. Sobchak urged him to calm, the leader of LDPR began to insult, Sobchak, and she poured it on the opponent a glass of water.

According to Pamfilova, the CEC granted all the time and the opportunity to participate in the debate.

Next is their ability and competence to show themselves the way they want to be seen by our constituencies.Ella Pamfilova CEC