The President proposed a massive program of spatial development of Russia. 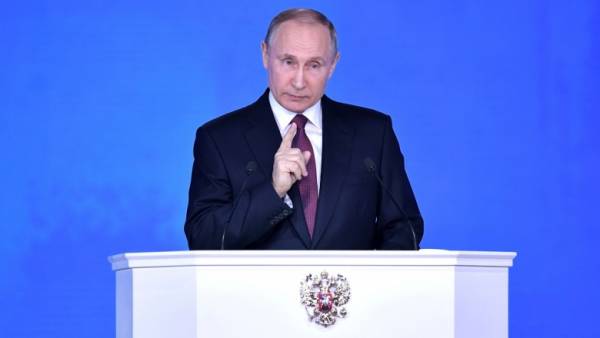 The achievement of technological breakthrough and high rates of economic growth logically set by Russian President Vladimir Putin in a single context with questions of spatial development, territorial development of Russia. About it to correspondent IA REGNUM on March 1, said the General Director of Agency of political and economic communications Dmitry Orlov.

The key thing is, first of all, the priority of quality of life. The main task of the technological breakthrough and the achievement of growth above the world. I think it is quite logical, especially given the emphasis that Putin has done on the spatial development and land development. And this, incidentally, is a signal to mayors of major cities to develop areas in Russia and outside of their priorities.Dmitry Oralgenital Director of the Agency for political and economic communications

Putin’s proposal on domestic policy seem logical and completely in a timely manner, while speaking about the search for the sources of growth, Putin has also shown a deep and adequate understanding of the situation, the analyst believes.

“So the explosive part of the message is, of course, Putin demonstration of new systems in the field of defence and security, which make possible a practically unlimited flight. This, of course, a qualitative shift in the country’s defense capability, strengthen its sovereignty and I think that creates a serious basis for new agreements with the West and, in particular, the United States on an equal and respectful basis,” concluded the analyst.

March 1, Russian President Vladimir Putin delivered a message to the Federal Assembly on the priorities of state policy, which talked about the fact that urban development must become a driving force for the whole country, and offered an ambitious program of spatial development of Russia for the next six years, including cities and other settlements.