The lioness Bridget living at the zoo Oklahoma city of the eponymous state, in the eighteenth year of life has grown a small mane, the newspaper reports Sciencealert. The vets can’t explain what happened as more in the behavior and body of the animal, nothing has changed. 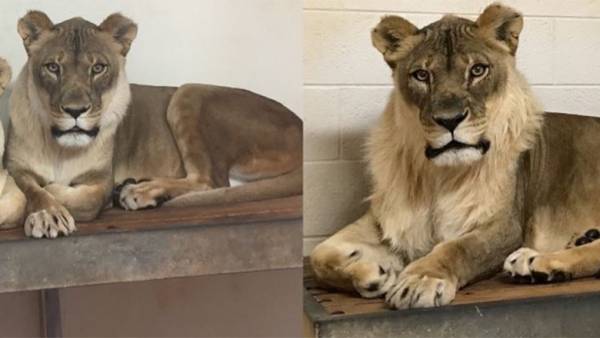 It is noted that Bridget’s sister named TIA’s mane does not appear, nothing happened with the manes of lions-males contained in the zoo.

A similar case was recorded at the National zoo of South Africa, where a lioness named Emma grew a mane in 13 years. Researchers removed her ovaries and found that they produce the male hormone testosterone. After surgery, the mane disappeared. It is noted that prior to this the lioness gave birth to cubs, so initially her ovaries were normal.

In the case of Bridget, according to scientists, these changes can be caused by a benign tumor on the adrenal or pituitary glands that affect the secretion of hormones.

The mane starts to grow at cubs males when they reach about one year, this is due to the increase in the concentration of testosterone in the blood. If the animal is neutered, the mane he lost.

In 2016 in Botswana, the researchers observed the behaviour of five female lions living in the wild, which had grown a mane. They dramatically changed their behavior became more aggressive and took over the social role of males.