The Trustee Grudinina owed the Bank more than 1 million rubles

The Trustee of the candidate in presidents of Russia from the Communist party Pavel Grudinina — the first Secretary of the Cherepovets district Committee of party Alexey Koshcheev — proved to be malignant by the debtor. 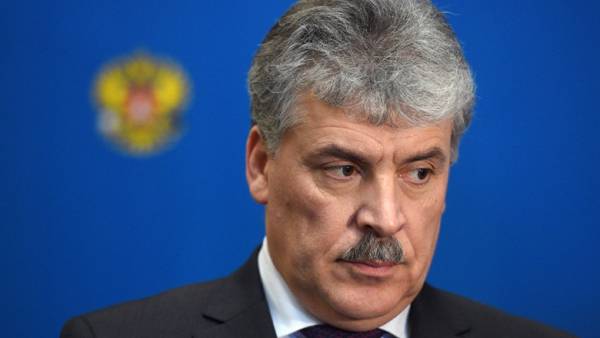 So, when searching in the data Bank of enforcement proceedings in the name koshcheeva was discovered debts to 1,069 million. Judging by the bailiffs, a large part of these funds, the Trustee shall Grudinina Bank loan, writes “life”.

Earlier it was reported that another Trustee Grudinina — L. Krasovsky, a part of the leadership of the Buryat regional branch of the Komsomol (the youth wing of the Communist party) had attracted media attention after he ate made him for drunken driving administrative record.