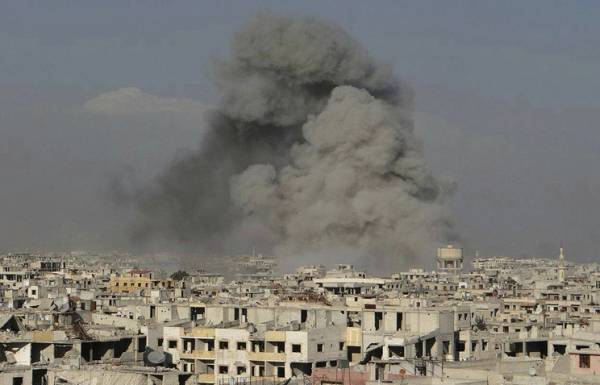 MOSCOW, February 28. /TASS/. The second humanitarian pause in Eastern Guta were disrupted as previously announced on Wednesday, the Russian journalists the representative of the Centre for reconciliation of the warring parties in Syria the General-major Vladimir Zolotukhin.

Humanitarian pause in Eastern ghouta began on Wednesday with mortar fire fighters. In a result, more than 300 civilians are unable to leave the dangerous area.

Russia is ready to discuss any options that will allow to neutralize the terrorists to cease their activities and save lives, said the Russian foreign Minister Sergei Lavrov. Moscow would not oppose the withdrawal of the militants groups “Dzhebhat EN-Nusra” (banned in Russia) from Eastern ghouta, he added.