Argentine police does not exclude that it can be associated with the drug, discovered at the Embassy of the Russian Federation. 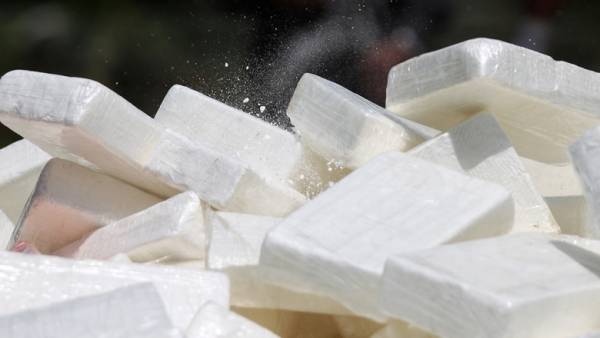 Moscow. 28 Feb. INTERFAX.RU — a Citizen of Russia detained at the airport Ezeiza in Buenos Aires for trying to smuggle 3,526 kg of cocaine, said Tuesday the Minister of security of Argentina Patricia Bulrich in his Facebook.

The drugs were hidden in the double bottom of suitcases that the man checked.

Yes, after found last week to 389 kilos of cocaine, found themselves associated with the Embassy of the Russian Federation, we have tightened control across the country.Patricia Boichemistry security of Argentina

Meanwhile, as writes the edition Сlarin, the police does not exclude that these two cases could be connected.

The man was arrested on Sunday, however, it has become known only today. His name was not disclosed, reported only that he is about 50 years old and that he was about to fly to Frankfurt flight Lufthansa.

Earlier, the FSB reported that in Germany, lurks the organizer of international criminal group supplying drugs from Latin America to Russia, and in Argentina in this case arrested two citizens of Germany.