Turkey of Syrian Kurds deprived of access to the border, in mass media

Of the Turkish armed forces and the opposition “free Syrian army” has deprived the self-defense forces of Syrian Kurds in the Afrin opportunities of access to the Turkish border, reports on Monday, Anadolu news Agency, citing a military source. 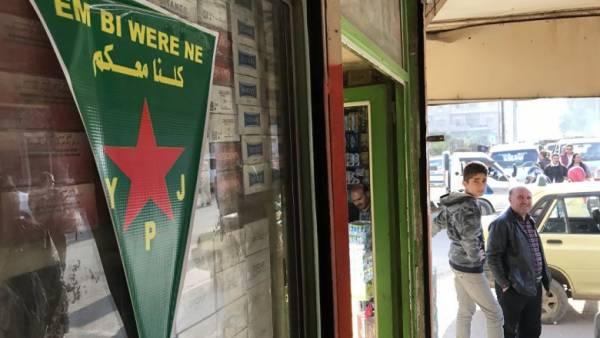 It is reported that the Turkish armed forces formed a line in the form of a Crescent around the town of Afrin, and the Turkish army and the forces of the Syrian opposition took on Monday under the control of the village lower and Upper Sinara in ‘ afrīn. Thus, the number of settlements in the North-West of Syria that have fallen under their control, reached 87.

The General staff of the Turkish armed forces on 20 January announced the beginning of “operation Olive branch” against the forces of the Syrian Kurds in the Afrin. Simultaneously with Turkey, the militants of the “free Syrian army”.

Damascus strongly condemned Turkey’s actions in ‘ afrīn, noting that it is an integral part of Syria. Moscow in connection with the situation in Afrin called on all parties to show restraint and to respect territorial integrity of Syria.