The United States warned Turkey about the consequences of buying the s-400, the media are writing

MOSCOW, 27 Jun — RIA Novosti. The United States urged Turkey to abandon the purchase of anti-aircraft missile systems s-400 from Russia, or against Ankara may impose sanctions, writes Haberturk citing a source in Washington. 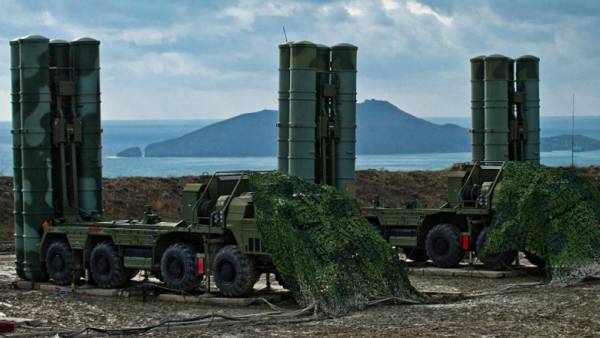 The publication reports that an unnamed us official has expressed concern over the purchase by Turkey of the Russian air defense system, because they can “affect the interoperability of NATO”, and admitted that in light of the act of Congress of the United States may impose sanctions against Ankara.

“We want to help Turkey to find a better alternative to meet its needs in air defense,” — said the official.

Earlier, the Minister of foreign Affairs of Turkey Mevlut Cavusoglu called unacceptable the language of threats because of the procurement of s-400, adding that Ankara had originally planned to purchase air defense systems from NATO allies, but they have “always some problems.” In this regard, Turkey started negotiations with other countries and in December 2017 signed an agreement with Russia to supply air defense system.

Ankara buys two batteries to service them will be the Turkish personnel. In addition, the parties agreed on technological cooperation to develop the production of anti-aircraft missile systems in Turkey.