Why men have stopped buying clothes. 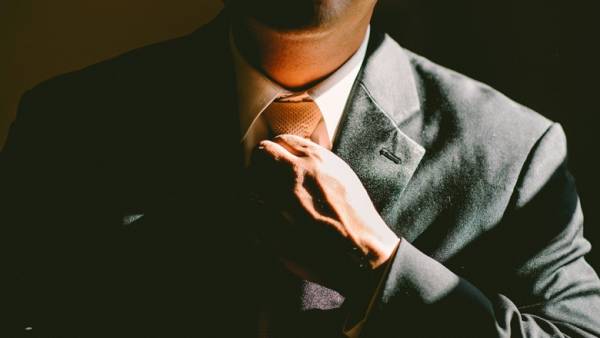 Market analysts are sounding the alarm: sale of new clothes, especially men’s, are declining worldwide. And this phenomenon is not due to the economic situation: fewer new suits, jackets and shirts buy even the inhabitants of the relatively prosperous United States. The portal iz.ru looked into the reasons for strange phenomena.

According to the Bureau of economic analysis U.S. costs Americans on high-technology goods exceeded spending on clothes and shoes back in 2010, and since then, the gap continues to widen. In 2016, the average residents of the state spend on closet of 3.1% of annual income (in 1803 dollars) — more than two times less than in 1977 (data from Bureau of labor statistics, USA). For Russia such precise figures, alas, no, but, according to Rosstat, in our country, spending on clothing has decreased in 2016 compared to the previous year, albeit marginally. Quarterly data for the year 2017 show a more significant decline (of 0.6−0.8%).

Down with the extra

The trend, if to trust calculations Bloomberg, the global large offline retailers cut the number of stores, online trade also tries to optimize the business. Of course, their contribution to the observed processes have made the economic downturn, and the craze for “gadgets”.

In 2016, Americans spent on entertainment, including high-tech electronics, 2913 in average dollars per household (5.1% in the total structure of expenses).

It is curious that the Russians, according to opinion polls, are willing to spend up to 20% of the family budget.

Why do women care so much about their appearance

It is clear that in such a situation, clothing is less and less money — but the reason reduce spending, according to analysts Bloomberg, especially in the absence of the need to have a separate wardrobe for work. This is especially true of men.

Even 30-40 years ago, the vast majority of middle-class weekday morning dressed in a suit, tying a tie, and wore well-polished boots. The exception was (and not in all offices), except that Friday, casual Friday, when clerks were allowed relief known — it was possible to come without a tie, blazer and neat jeans. Today, many organizations have strict dress remained the lot of guards and top management.

According to the Society of human resources management (Society for Human Resource Management), the largest organization of HR professionals, combining 285 thousand professionals from 165 countries, more and more employers are inclined to a more liberal dress code for employees.

So, in the United States in 2017, about 45% of the companies allowed to come to the service in dress casual (in 2013 the figure was only about 30%). Analysts in this field in Russia does not exist, but, apparently, we are moving in the direction of “office freedom” in dress.

Even such conservative sectors as Finance and audit, gradually surrendering in front of the trend of the rejection of austerity. For example, the Russian branch of PwC in its standard dress code to allow employees to appear at work without a tie on all days of the week, and during the summer period and did allow for the wearing of blazers and sweaters (jeans, however, is strictly reserved for Friday). Interestingly, by the way, remember how all the notion of casual Friday, “informal Friday”.