Russia’s Supreme court on Monday rejected the appeal of Ksenia Sobchak in the decision on the recognition of the legitimate registration of Vladimir Putin as a candidate in the presidential elections, the correspondent of TASS. 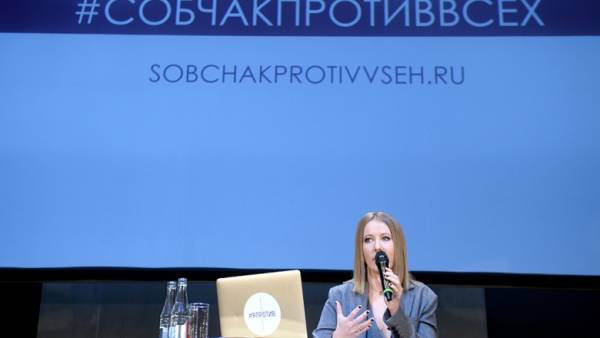 “To dismiss the complaint Sobchak, the decision of the court of first instance to leave without change,” announced the judge. Thus, the court decision came into legal force.

Sobchak appealed to the court, exercise the right candidate to achieve withdrawal from the race of another candidate. She asked the court to invalidate the registration of Putin. “The lesson Putin as President for the fourth time creates a negative effect for the whole of Russia. The only way to get out of this circle is to exclude Putin from among the candidates,” she said.

The CEC representative asked the court to refuse satisfaction of the complaint. Lawyer Tsentrizbirkoma noted that “registration of Putin passed with observance of all norms of the law”.Help