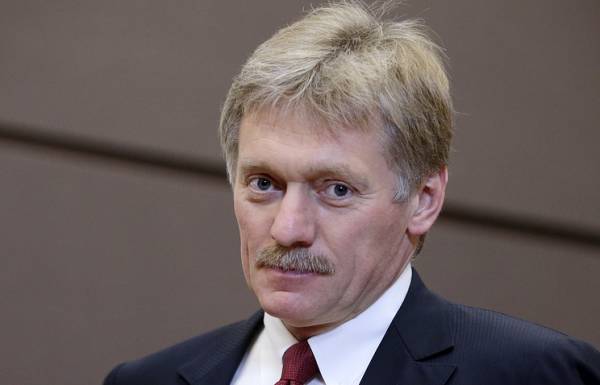 MOSCOW, February 26. /TASS/. Press Secretary of the President Dmitry Peskov confirmed the fact that the head of state signed the new State armament program. While Sands admitted that he had introduced the representatives of the media mislead your previous comment that the President still hasn’t signed the document with his signature.

“The confusion I have made, I think, last week or even two weeks ago you asked me a question. I then said that it [LG] is not signed. I was wrong, it was actually signed before the new year. Now we can say that she signed,” – said Peskov.

The representative of the Kremlin did not specify the parameters of the program, including its validity, citing the secrecy of the relevant documents. “The fact that it is a secret decree of the President, I have nothing to disclose. She signed,” – he concluded.

Earlier in an interview published Monday in the newspaper “Kommersant” Deputy Prime Minister Dmitry Rogozin announced that the new LG was signed by Putin. “Yes, the document signed by the President. Initially, LG had to be adopted in 2016, but because of the events of 2014 related to the decline in oil prices and the currency jumps, the financial-economic bloc of the government was not able to give accurate macroeconomic forecast,” he told the newspaper.